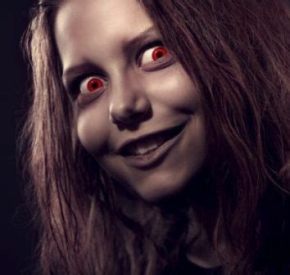 If you believe in the Bible, then you believe in Demon Possession.  A Demon is an ‘unclean spirit, an evil spirit’  and even the possibility of a fallen angel, all is evil and spirit in form; at any rate, they are part of the vast echelons of Satan’s army.  Supernatural? Yes indeed. It is the unseen realm of existence in the universe.  Just as the Bible teaches, there is a place of Sheol or Hell, more about heaven and hell in future posts, but all are unseen and are supernatural, or superior to natural law or the physical laws of creation.

Demons (unclean spirits), possess great power and can be manifested physically or unseen, they have the power to possess physical objects and living creatures, yes, even humans.  However, they cannot possess humans that are indwelt with the Holy Spirit, or possessed by God the Holy Spirit, and an evil spirit cannot coexist within the same temple.

The whole of the teaching of the Armor of God is to come against and protect us from the fiery darts of the Devil, or to protect us from the control of evil spirits.  Do you put on the armor of God? How often? For me it is while my body is waking in the morning before my feet hit the floor, otherwise, I may be sidetracked from my quiet time of study and prayer.

Let’s look first at where demons come from.  Well, the Bible teaches that they’re the spawn of their father Satan.  Satan was once Lucifer the highest of the seraphim as God created him, but he rebelled against God and took a third of the hosts of heaven with him when he and his brood were expelled from heaven.  This third followed the rebellion of Satan and he and his evil brood became the ruler of the air and of principalities.  Satan rules the world (or attempts to)with his vast army of fallen angels.  They are of their father the devil, the evil one and his mission is to thwart the purpose of God and His will for mankind.

Some have asked, okay preacher, who made the devil?  The correct answer is Lucifer, Satan, the devil made the devil himself.  Lucifer in his ambitious rebellion against God created himself as the devil, his vast army of fallen angels are the demons of hell.  Not to be redundant, but they have great power.  Again, in redundancy, they rule the world either by controlling humans or possessing the human soul.

They cannot possess or indwell a person who is indwelt by God the Holy Spirit. Evil spirits cannot coexist in the temple.  What, you know not that your body becomes the temple of God?  But even Christians can be demonically controlled from the exterior through temptation and our natural appetites our passions, our sin.  We are sinners saved by grace through faith in Jesus Christ, and that is where confession with a repentant heart clears the book, clears the book until we sin again.

Socialism, liberalism, global socialism is sin.  It is proven to be destructive and contrary to God’s will for mankind.  It creates two classes of people the very elite and the common. The elite will rule governments with their pawns or as we say useful puppets with demons as the puppeteers, in a social society I would dare say the political leaders are either controlled or possessed by demons and the very elite most of them are possessed by or are manifested demons, and that is our problem; we have passively allowed demons to control and even possess over 60% of our millennial generation.

Well over 40 years liberalism and socialism have been decaying our nation’s moral values, ethics, integrity, and how do you suppose that has happened?  Good decent people and Christians have passively let it happen. Why? because we find ourselves bullied, persecuted, and ridiculed for what we believe, we have become frightened nearly to death by mobs of thugs who have made any cause their cause no matter how vile and evil.

Celebrities, movies, games, technology, liberal Christian theology, socialism’s delusion of utopia lie, and demon’s in the political realm of our nation who have made the rules and laws to fit their agenda, and putting themselves above the Constitution, and yes, even the Bible. Political liberalism really did the most damage to our nation, covertly changing our values, our integrity, and also started to change the Christian faith.

Our passions started to run wild and out of control, sin became a “non-relevant” or a non-word, preachers found themselves with the IRS threat of not for profit tax break, if they put a name on the sins like homosexuality, drunkenness, adulty, greed, lust, slothfulness, gluttony, pornography, cursing, bullying, whatever sin that was coming along, so the mobs started to target Christians and Christian business’ for ridicule, our public schools removed prayer and God from our schools, for the purpose of brainwashing our young people, and putting in the place of disciplined proper education with a “free-thinking” model of education that was manifest as Common Core during the Obama administration.

We have lost the war if we allow or present possessed politicians to push us into a socialist nation.  it is then that FDR’s United Nations (Global Socialist Union) destroys our freedoms our Constitution, and we become the commons of the world.  Wealth and political power will destroy us as a nation, and many have already died for our freedom, but as Paul the Apostle said, “to die is to gain, oh grave where is your sting?” (my paraphrase). these evil times may claim my life, but not my eternal soul, for I know that I will live on forever in the presence of my Lord Jesus.

The Bible speaks of the Tribulation and how awful it will be, and there is no getting around that day, but I believe God and what He said about no one knowing the time or the hour in which He lets all evil rule for seven years.  I don’t believe that time is anywhere close in our present state,  but God will not interfere with our choice to choose to allow evil to dominate our lives.  I do however believe that from time to time God will, allow His justice to roll down like rivers, And righteousness to flow like an everlasting stream, (Amos 5), I will fight to my last breath to protect my God-given rights and freedoms and if God is with us who can be against us?  God my use our Nation as His Nemesis of retribution.

Evil is being exposed more and more each day those who are controlled or possessed by evil spirits will be exposed to the light.  Like the politicians of the Swamp, and the Deep State hirelings doing the will of Satan.

I pray, remembering what Jesus told his disciples who couldn’t cast out the demon of the boy while Jesus was on the Mount of Transfiguration, and Jesus cast out the demon when he came down from the mount, then when they asked why they couldn’t cast out the demon?  Jesus answered them and said some of these require fasting and prayer.  Some are tougher than others but I pray for those politicians, celebrities, news hosts, sports figures, CEOs and others who are possessed and controlled that they be brought into the light and their demons exposed and cast out to the bottom of the sea and the pits of darkness.

Then we can see the people involved are held accountable for what they have done and are doing to our nation. The United States is almost the last free nation under God left in the Western World, I truly believe God uses us to set things right and give opportunity to the heathens involved to come to Jesus.  Giving future generations an opportunity to experience His grace by and through Jesus Christ our Lord.

We may call some of these grandstanding politicians, TV personalities, and thugs roaming our streets simply idiots, useful idiots, clowns, and puppets, but I call them Demon possessed, meaning demon-possessed or demon controlled, regardless, they are just being useful evil puppets for Satan and his hordes of evil spirits.  No matter what we call them they are now using liberal theology, cults, and politicians as fool tools to win a battle for America’s soul.

While this issue of impeachment, (Pelosi-Schiff Kangaroo Court), where Schiff makes his own rules to justify a bogus outcome of impeachment. And the liberal’s ideology of whatever rules and constitutional laws they break don’t matter as long as the means justify the outcome, and their out of control passion (sin) shows in their words and bodily behavior like their eyes, and gestures, their lying words, their made-up rules for secret hearings, and rules of who can and cannot ask questions or present evidence or testimony, shows that Pelosi and Schiff could very well be demon-possessed along with other politicians like Romney, Ryan, Waters, and every Democrat on the roster of evil.

It is time to call it like it is … an evil conspiracy for a political coup d’état controlled by demons of the elite.