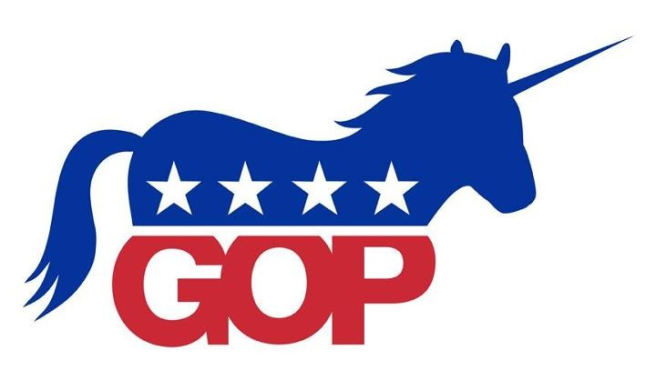 Pursuant to a question on one of my emails from a conservative page, where the question was asked, (“Will the GOP cave to Obama’s gun control?”), I answered with more than

gun control, and addressed what I see as a problem with the GOP politicians in Washington that goes beyond gun control.

In the issue of the GOP doing anything in congress, such as “caving to Obama Gun Control”, there is no guarantee that the GOP will not continue to shoot themselves in the foot.  The GOP is becoming a political party of soft-core liberalism, with the same nature of politicians that stink up the Democratic Party!  The core platform of the GOP has shifted to progressive big government big spending ideologies that will give us a four base political system.

And, 4).  The grass root conservative, (free market, constitutionalist, small government, ‘We The People’ Committed Conservative), the latter, (if it is not too late), will save the American Republic and reclaim, by osmosis, the nation that all others want to be like.

It is true that we were not perfect, and was not intended to be, that is just a little part of what made us great, and I really do not think that the United States did not owe an apology to the rest of the world for being the greatest nation in the whole history of the world.  If that makes us elitists then that we are, and that is a good thing!

Even the liberal, ‘most vile’, would have to agree it was the best thing going in the world.  The United States, home of the brave, and land of the free; like it or leave it… land of opportunity for anyone from the four corners of the world, to come, (legally), and through hard work … achieve a dream, their own utopia, for them and their families…

The GOP once stood committed to those ideologies, but from its conception the progressives, (want to be liberal but afraid to commit to anything), has eroded the principals of conservatism, with jellyfish, lying, self absorbed, politicians who have helped the radical liberals move a free and great nation ever-so close the bleak pit of Marxist communism, and a caliphate nation.

Those are the GOP lying naysayers that are pounding Ted Cruz for doing what his people sent him there to do!  There is some there that are young and fresh politicians that are committed to do what they were elected to do, and have guts enough to stand toe to toe with Satan himself and stick to their promises, men of principal and integrity worthy to be representing the people of that sent them there to get a job done!

The rest deny their sleazy state of character, like a castaway adrift in the sea, tossed about like a lump of slime never knowing which way the waves will toss them.  Not belonging, except to a group of like characters who have adapted to a voided state of being, where the means justifies the end, where it is okay to promise one thing and do something else!  Always blaming someone else, calling names, being a puppet to be dangled by a puppeteer and never having enough backbone to do their own dance.

Whatever lie, whatever sleaze they have to crawl into bed with to be reelected and live an elitist lifestyle, while condemning the nation for being elitist, whatever it takes to maintain their status of delusionary power and credibility.  Yet they have the audacity to stand with a crowd of liberal goons and hammer men of integrity like Ted Cruze, Vitter, Paul, and that group of real conservatives!  Politicians such as Pelosi, Reid, McCain, and their enablers with name calling, (witch is okay as long as they are doing it), are trying to be the puppeteers waiting for the applause of Obama and the Marxist administration; should be run out of congress as a disgrace to the Republic of the United States!

All the while, the liberal media, including the misleading “fair and balanced Fox News”, are sitting out to defame men and women of integrity and character!

For me I will remain standing in support of conservatives and the “Tea Party” patriots who continue to fight for our nation!  Let the GOP, as it stands, do what they do best waffle and cave to the insanity that is Washington as it has become!

It is the people who have allowed this to happen, either by progressive design or by conservative apathy, so it is up to the conservative voter to fix it!

Ted Cruz, doing what he did, demonstrated the conservative resolve and hope! And my hat is off to