via Trump Has Already Won on Impeachment — Pesky Truth

This is simply put a Soros Organization, of Socialist anti-Christian anti-conservative and anti-American power and should have been deemed an enemy of the United States decades ago.  Now should be considered and named a enemy operative organization.

Thank you Publius, This is a great Post and helps us to understand just what is up at the polling stations.
Reblogged on Bob’s Opinion .

The federal government is usurping the powers of the States, expressly retained by Art. I, §2, cl. 1, US Constitution, to determine qualifications for voting. And by perverting Art. I, §4, cl. 1, it is also usurping the States’ reserved power to determine procedures for registration of voters.

Consistent with Principles of Republican Government, every State in this Union has restricted voting to Citizens. 1 But on October 26, 2010 in Gonzales v. Arizona, a three judge panel on the US Circuit Court of Appeals (9th Cir.) construed the National Voter Registration Act of 1993 (NVRA) and asserted that Arizona has no right to require applicants for voter registration to provide proof of citizenship. I wrote about it at the time HERE. On rehearing, the en banc Court of Appeals agreed with the panel; and on June 17, 2013…

Now I am looking for a good agent who will take it on.

A Splintered Nation and A Broken Church is a book which will hopefully encourage the reader to get involved in restoring our nation to an independent sovereign Constitutional Republic. You must admit that our nation has been on a very long journey towards its demise, what started out to be a sovereign Constitutional Republic, with the founders being Protestant Christian, putting in place moral values, integrity, a Constitution demanding and guaranteeing freedom, equality, and a limited government for the people and by the people. The book sort of hop-scotches through the research concerning the history of our politics and political corruption, resting at times on some major misconceptions and turning points as corruption consumed the political landscape of our nation.
Do you find yourself wondering how and why we find our nation in the state that that it is? know when it started, know how simple political rivalry turned into political parties, with specific ideological agendas and how those agendas evolved into one global liberal socialist party, or socialism the new face of the Democratic Party. A long progression and evolution since its founder Andrew Jackson. With the election of Lincoln, a former Whig turned Republican to get elected, the Republican Party gained it permanency as most Whigs went Republicans. Nonetheless, both parties are corrupt and the common link of corruption is illicit gain both monetary and political power. The book explores the fullness of intent for their corruption and vile behavior, their vile corrupt conspiracy to control the people.
Control and power have established the Shadow Government that is a huge and grossly oversized bureaucracy of unelected officials, departments and agencies that control the people by regulations, the Shadow Government is protected by corrupt politicians of both parties, primarily the global socialists… the new face of the Democrat Party. President Trump ran with the Ideal of draining the Swamp, thinking it meant both the “Deep State” and corrupt Congress. However, the Swamp is the corrupt Democrats and the RINOs who have moved in the direction of money and political power. The size of our government is a mockery of what the founders envisioned in the Constitution. The book looks at the liberal conspiracy against the Protestant church since the 1960s and why should the liberals with the objective of taking control of the nation and now the ultimate objective of a North American Socialist Union and a powerful part of the Global Socialist Union. Research has revealed problematic conditions existed that could not be ignored but must be eliminated or made of no relevance, and that is where Protestant Christianity comes into the picture. The church is broken into two main theologies, liberal and evangelical or liberal and biblical theologies, regardless, the research reveals the division which liberal theology denies, the truth of the Bible it teaches about sin. The Bible is the basis of our moral values, integrity and the character of our culture is Christianity. However. from the time of Franklin D. Roosevelt’s United Nation’s Charter and the liberal activists of the 1960s exposes the real conspiracy of socialism 2009-16 as it was accelerated by Barack Obama, or Barry whatever the only President in our history who demonized the Bible believing Christians.
The research links politics and the church. It also links the Civil Liberties Act, originated with the Kennedy brothers, then the assassination of John allowed Johnson to implement the Act and take it for his accomplishment and opening the door for minority groups such as the ACLU, LGBT, NAACP, Communist Party of America, and the liberal Press, Nation of Islam, all of which were recruiting people groups for Democrat votes. All a little pushy and all joining in against the church, the Second Amendment, law enforcement, border security, The Boy Scouts, the Military, our Flag and all patriot or Christian expression even Christian cake decorators. However, it was the church and Christian values, ethics, integrity woven into the American Dream. The use of political correctness and the freedom of speech is for liberals only. Black-white-red-yellow-whatever, racism is the biggest tool in the liberal box, intolerance and sexual abuse, (the most hypocritical tools) and further against the church is the favorite of bigotry and a fantasy God and fantasy religion. A lie is now the truth, and vile activity including thuggery violence and breaking the law is only wrong if you are a Christian or conservative.
Things really accelerated since George HW Bush and his push for the socialist union and the UN. There has never been a viler and more lawless as Bill and Hillary Clinton, then George W. with his revenge war on Iraq, when he should have gone to Afghanistan. Obama brought a new attempt to destroy the nation in civil unrest, and violent thuggery. The real eye opener is in research, not what is reported in the “Mainstream News” and liberal social networking. Researching exposes links, and it is up to the researcher to explore those links, see where your candidate stands then vote, and yes, your vote does count. Secondly, by the nature of the beast proper research will give the individual an opinion, and everyone needs a studied opinion to help discern the players and the direction they are headed. I pray the book encourages you to research and be educated enough to protect your mind against the onslaught of evil wrong, against the socialist agenda for your freedom. In this book I hope you find enough material to spark your interest to step back and do your own research. Stand for the truth and don’t compromise on the truth or your faith, even though they call you closed minded, therefore, you won’t be suckered into believing the lies.

“When you reject the truth, you will believe lies.”

You will become a slave to liberal socialism.

Great Information for any nature lover no matter where you go. Thanks for good advice and keep up the great picture story post … They are great. 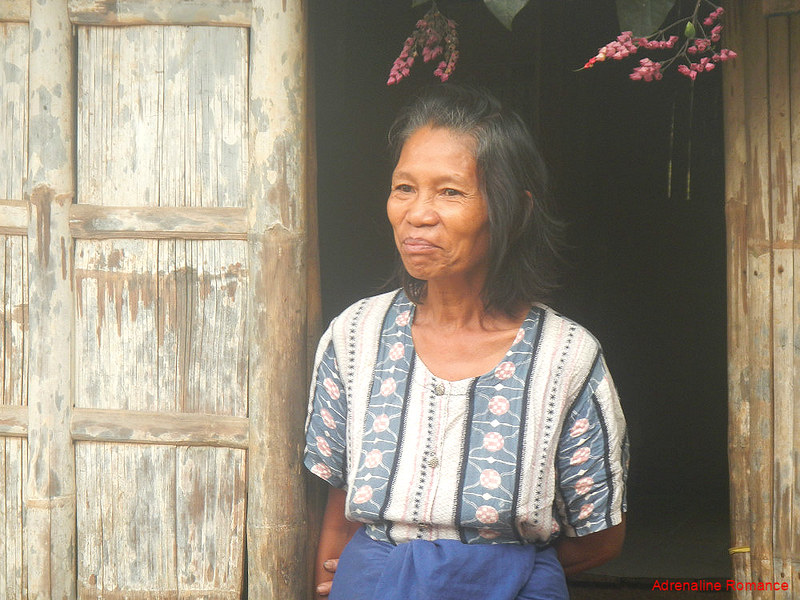 When you climb a mountain, pass by a highland village, or immerse with a tribe, you need to be consciously aware that you’re a stranger. Your presence alone disrupts the natural flow and dynamics of the place. Imagine if you actively do things that you’re not supposed to do. That will truly exacerbate the situation! Worse, you may inadvertently change the culture of that community.