Reblogged from pumabydesign001.wordpress.com … good articles and a good magazine to follow. 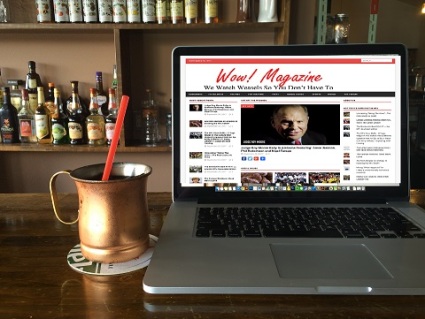 Just realized that I have not posted updates from Wow! Magazine in several days, please forgive my oversight. I took ill a few days ago and ended up in ER for a half day due to bronchial/asthma attack. Haven’t had one of those in at least four years and it’s the worst that I have had in more than a decade.

I’m home recuperating which is coming along and just that…along.

I tried to play catch up yesterday on my blogging but it took hours to get up a handful of posts and set me back in my recovery.

This week, as it has been every week this year, had one heck of a news cycle but sometimes one must sit it out. Posting, I suspect, will be rather light this weekend.

Below are a few highlights of this week at Wow! Magazine.